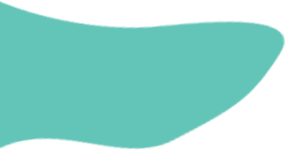 Miami Country Day School was founded in 1938, but its origins are closely tied to the world of Summer Programs. In 1926, L.B. Sommers and Doc Abele took over a defunct summer camp formerly run by the YMCA. The camp was situated atop Lookout Mountain, near the point where Tennessee, Georgia, and Alabama touch. The staff at Cloudmont became legendary and the success of the camp was phenomenal.

The key was simple enough: total involvement for eight weeks in a world of nature, sports, creative activity, superb food and the instinctive knowledge of the needs and desires of the growing boy.

The men who were campers and teachers at Cloudmont who went on to national prominence in varied fields are legion. Hundreds of parents of Cloudmont boys came to realize what the Sommers-Abele team were capable of in the teaching and development of young boys of school age. And somewhere along the way, these two men also began to realize it. Camp Cloudmont would become the motherlode of Miami Country Day School.

Now, 82 years after the school’s founding and over 94 years since the start of Camp Cloudmont, our summer opportunities include coed sports, specialty camps, travel programs, academic courses, and, of course, our ever-popular Day Camp. But, one thing remains the same, summers at Country Day rock!